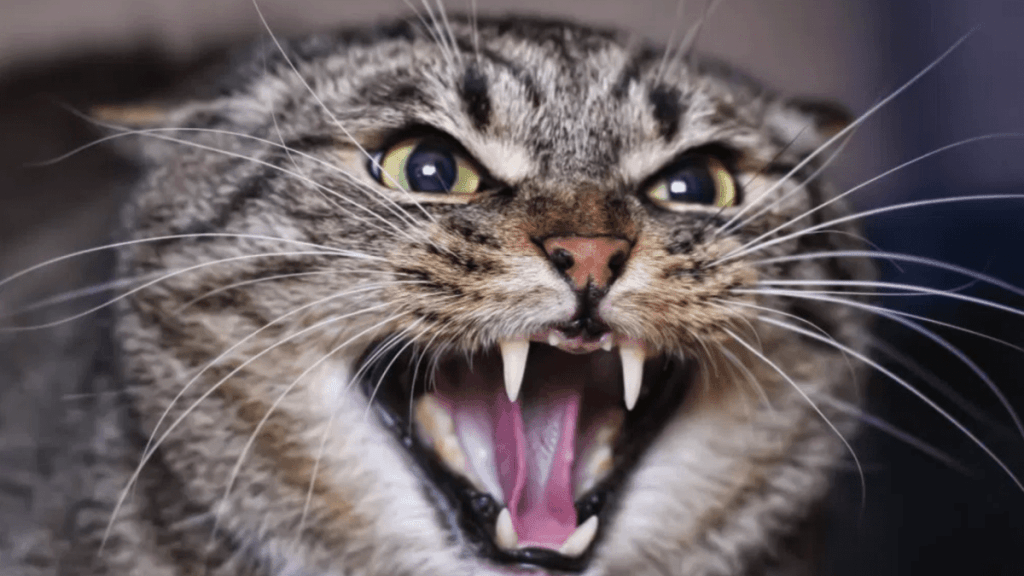 What can make a cat agitated, aggressive or angry? aggressive cat behavior can be caused by different factors such as unfamiliar stimuli which can be internal or external. external stimulus can be a person or an animal while internal can be a medical condition such as hormonal imbalance.

Allow me to start with a story. Recently, I was called by a friend of mine who told me how her cat, named Lis, suddenly became aggressive towards them. She acted as if she doesn’t know anyone in the house (even Reana, my friend), who has been her parent and friend for five good years. This made her dramatized about the event that she experienced but later dealt with the problem after discovering that her cat had a hyperthyroidism problem through her vet doctor.

Cats have been the closest companions of humans for ages. In fact, they were worshiped in Egypt for years. Cats are the best companions and intimate friends in nature; they love to lie in our laps, rub themselves in our feet and purr when touched; they are cute and sometimes harmless. What reminds us how dangerous they can be is the craws and their sharp teeth, especially when they yowl, growl, or even scratch around. First, let’s find out how cats behave in different situations when in:

How to identify different behaviors in cats 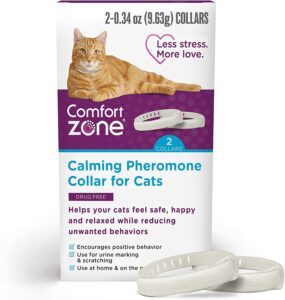 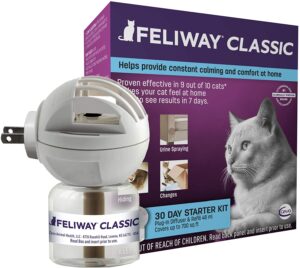 What causes aggression in cats?

Aggression in cats is typical behavior and when they do, they can inflict a severe would to a person, which can be fatal if infected. To other cats, when fighting in most cases, its less severe. In very few cases, a cat attack and continues to pursue the victim; they might attack and run away, unlike dogs who might bite multiple times. Cats fatalities are mostly limited by its size; Dogs use their teeth while cats will use their teeth and craws. This combined with their speed and flexibility makes them more efficient. Different factors can cause aggressive behavior in cats.

Pain caused aggression: think about it when you are hurt by someone on your head with pain that runs through your spine. In your first reflex action, you might push and run away or hit them back as a defensive mechanism. This goes with cats too. She either fights back or runs away and will take you as an enemy from then on.

Pain of aggression is not only caused by an enemy; your cat might also be wounded, which happens a lot for outdoor cats and a wounded area is a no-go zone for any animal. Wounded cats mostly appear defensive and will tend to hind away from anyone. Check signs of licking of an area or changes in the cat’s personality. Always approach them with gentleness. If you identify a wound on your cat, take it to a vet as soon as possible for treatment to prevent infection which might be risky.

Territorial aggression behavior: cats are wild, and their nature can be transferred to your house or even bedroom (hilarious right!?). WhateverWhatever the case, your cat will always mark its territory and be hostile to any human or animal they aren’t familiar with. You might have observed this in some instances, especially when an outdoor cat passes and your cat is by the window; there is aggression.

Fear/Protective aggression: in such a situation, a cat may gnaw continuously with its tail tucked between its legs; they tend to hind and produces a loud sound when approached. Fear/protective aggression can also be caused by unfamiliar stimuli such as a person or an animal.

If you have bought or adopted a cat which has this aggressive behavior, first start by giving him/her something to eat and do not be nervous/show any fear leave them for some time don’t rush to hold them. Soon enough, they will become familiar with the environment.

Petting aggression: which cat doesn’t love petting? You may ask. My cat once gave birth to 3 kittens. Surprisingly, one of them, ‘Mit’ didn’t love to be touched. Bathing or grooming her was work to be done by anyone since she was young; she hated strangers uninvited petting or stroking would cause aggressive behavior until she was five years old and learned how to be close to a cat. I started by giving a treat and stroking when she came to have some. The situation improved with time, when she wanted to go, I couldn’t hold her back; I let her go.

Petting aggressive behavior is caused by over stroking or petting and mostly comes from the cat’s social experience when they were young other causes are not known. If they seem not to give in to all of your tricks, just let them be. Such a behavior the cat will have a rise in tail lashes, loud sounds and dilated pupils.

Maternal aggression: “you can’t separate a mother’s love with her child” ooh am not only talking about people only; like all other animals’ cats have a protective mother’s instinct and its worse when the kittens are born. Most cats will give birth in a secluded place and as the kittens grow older, the behavior declines.

When your cat is about to give birth, it’s advisable to give them a comfortable, clean, quiet environment with minimum visitors. This can be achieved by previous experience; if your cat has given birth before you can know where to place a cat bed. If not, first wait for her to decide and you can take it there but don’t try placing the kittens on the bed; cats don’t like it when you hold their babies.

Inter-cat aggression: cats are territorial I.e. they can bring their instincts to the home. When you have a cat as a pet, the house or compound is its territory; any other intruder may or may not be invited. First, you have to know your cat well before bringing a cat companion.

Sometimes an encounter with another cat without you knowing might also cause aggression towards you. The key to having a better relationship is knowing what might have caused it and don’t try to force it.

Inter cat aggression can also be caused by hormones males protecting their mates from other male intruders or even females towards some males during mating season. The best way to approach the issue is by neutering or spaying your cats.

How to deal with your cat’s aggressive behavior.

Aggression behavior in is common but most of the time is caused by a stimulus, knowing the cause of the aggression is the key on how to handle them. These are the common steps to take on handling the pet.

When to visit a veterinarian.

An external stimulus does not always cause a cat’s aggressive behavior. As we have mostly indicated, sometimes, medical conditions such as osteoarthritis, dental diseases, hyperthyroidism, and central nervous system problems can cause agitation in cats.

Often, when a cat is not feeling well, it withdraws away and becomes solitary and any attempt to approach it they may exhibit aggressive behavior as a defensive mechanism. If your cat exhibit such behavior and cannot explain what might be the cause, I would advise you to visit your veterinarian immediately to be certain of the main cause of this dramatic change.

Cats are very sensitive animals on who they interact with; their present natural environment and they th can tell any slight change in stimulus and act accordingly. As a cat parent, you should be very much aware of your cat’s likes and dislikes to be able to know how far you should go in any case; sensitive cats should be handled with great care by adults; keep babies or children away from them

Its also advisable to have a cat calming spray in your house at all times to tame your cat in some instances while in other cases remember a vet is always your friend and you are always welcome.